When the Primer Ignites No More (Guns in Estates) 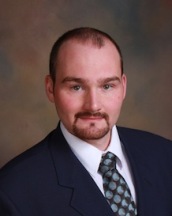 The tradition of gun use and ownership in Pennsylvania predates the creation of the Commonwealth.  Early trappers, hunters, and explorers relied on their long guns for survival.  Gun use and ownership remains important to this very day.  Hunting is not the only source or motivation for Pennsylvania gun ownership.  Military veterans and collectors play a significant role in the profile of the Pennsylvania gun owner, and not surprisingly guns of all kinds frequently show up as assets in Pennsylvania estates.  Because the nature of gun ownership is colored by gun use in crime and the politically charged dialogue that often surrounds discussions about guns, understanding the rules concerning the proper disposition of guns in estates is important for estate planning professionals.

Joshua is very Rights oriented and as such, has focused his practice on Firearms Law and has become the Chief Counsel of the Firearms Industry Consulting Group® (FICG®), a division of Civil Rights Defense Firm, P.C., where he has represented more than 2000 individuals, 300 Federal Firearms Licensees (FFLs) and several dozen gun clubs/ranges on various state and federal issues. He is an avid firearms collector and target shooter, who owns numerous Title II (NFA) firearms, as well as, Title I firearms. More importantly, he understands the need for a dedicated firearms lawyer who will ensure that the State and Federal Right to Keep and Bear Arms will not be infringed. Joshua has taught numerous Continuing Legal Education (CLE) seminars on Firearms Law for the Pennsylvania Bar Institute, local bar associations and even the National Rifle Association (NRA). He also frequently posts videos on FICG’s® YouTube Channels – FICG Federal and FICG Pennsylvania – advising individuals, FFLs, and gun clubs/ranges of improtant firearms law related issues.

Thank you to our Sponsor, The Montgomery County Foundation, http://mcfoundationinc.org/